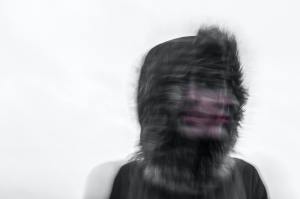 Codependent individuals often wonder how they find themselves in similar relationships with different people doing the same thing: putting the other person before themselves. The other person whom they choose then chooses to focus on themselves, causing this repeating, unhealthy relationship pattern of dissatisfaction. This is the codependent cycle of relationships marked by unhealthy dynamics, yet they find themselves going back to the individual who seemingly doesn’t care about them. But how does this work and why?
As most individuals have figured out for themselves, relationships survive through stability, though that stability can be healthy or unhealthy. Research from Rosenberg (2012) stated at a conference specializing in emotional manipulation details how relationships often thrive on a “zero-sum” basis. To give a brief explanation, an individual who often cares for others before themselves would be ranked in the negatives while a person who displayed narcissistic tendencies and often cares for themselves would be ranked in the positives. Though these numbers aren’t indicative of worth, the idea is that a person wants to be as close to zero as possible with a partner exactly opposite to them on the codependent-narcissism scale to achieve a relationship that is both stable and healthy. Nevertheless, this scale also showcases the idea of why opposites attract and why codependent people often fall into relationships with narcissistic individuals.
Rosenberg details that these codependent relationships can be stable with both partners reaching the far ends of their respective spectrums with the codependent individual going above and beyond for the narcissistic person who is mostly concerned with themselves. This relationship is unhealthy, yet stable due to the differing dynamics. To use kinder terms, the caretaker and the care-needer often work in tandem for this dysfunctional relationship to continue as both parties need each other, one needing to be taken care of and the other needing to take care of someone else, wanting to be valued through submission. These kinds of relationships will continue to occur for individuals unless they understand that they are contributing to the problem whether they identify with being someone who is more worried about their own needs or if they’re the one who needs to feel needed.
Relationships thrive on the idea of a zero-sum basis where our partners make up for what we lack in a relationship, yet as individuals, we need to understand and identify when these relationships are unhealthy, even if they are stable. The individual more likely to seek recovery from this type of dynamic is usually the codependent as a narcissist will usually resist change, stating others are the problem. Either way, these patterns are hard to break free from as these individuals don’t want to mess up their current stable dynamics with their partners whom they feel they need.
In a study done by Abadi et. al (2015), they examined how different forms of recovery tactics helped codependent individuals with their reported symptoms. They found that group therapy, family therapy, and cognitive individual therapy helped significantly with symptom reduction by creating positive self-regard, a support system, and helping individuals express their true feelings rather than attending to the feelings of others. This study was further echoed by Bacon et. al (2020) through an examination of how a codependency 12-step program helped individuals recover by finding a better sense of self through social support. These groups helped create a structure of consistency, safety, and belonging where these individuals could share their personal plights.
Having these outlets for their emotions and focusing on self was extremely helpful for the codependent individuals who often pushed aside their personal feelings for their partners or other individuals. The people-pleasing mentality was greatly improved as clinicians focused on helping clients understand themselves in relation to other people. In summary, this article is to detail how self-esteem and recognition are the first steps to identifying and fixing the symptoms leading to a codependent relationship to lead to a healthier and more satisfying intra-personal dynamic.
Categories: Uncategorized

Receive notifications of new posts on my blog by email.